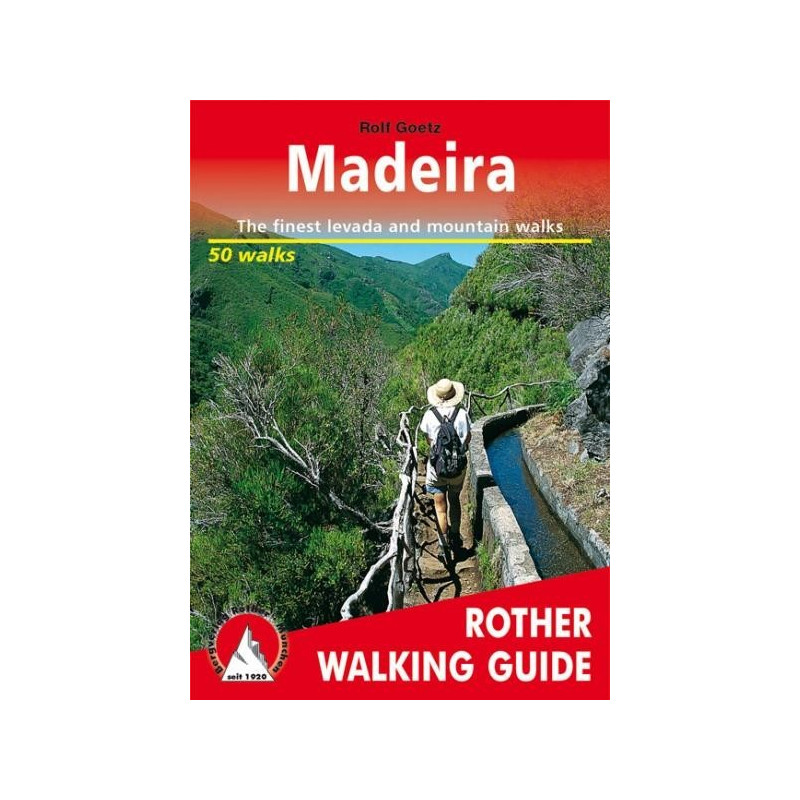 Every island thrives on its clichés. The name Madeira stands for a heavy drop of wine which might have had its time a long time ago, yet is still praised by many a connoisseur.

Every island thrives on its clichés. The name Madeira stands for a heavy drop of wine which might have had its time a long time ago, yet is still praised by many a connoisseur. The island's all-year-round mild climate helped Madeira be awarded the decorative suffix »floating floral island in the Atlantic«. Bird of paradise and torch lilies, daisies and hydrangea leave no doubt: Madeira is rich in flowers like no other island. And secretly the Atlantic beauty has developed into a hiking paradise of the special kind.
The first Portuguese word which hikers learn on Madeira is bound to be »levada«. Levada hiking is surely unique on the whole world. A sophisticated network of narrow irrigation canals runs across the entire island. The maintenance paths installed next to canal trenches allow the convenient discovery of Madeira without great altitude all the way to the most remote corners. Around half of the tours introduced in this guide are Levada excursions. They lead through fertile land cultivating sugar cane, bananas, vine and exotic fruit, past artistic terraces modelled into the island's rugged topography, which awaken associations of Bali or the Philippines. Rushing cascades and impressive ravines are found equally by the wayside as are rough, declining cliffs and marshy high-moor bogs. The still natural valley to the north of the island offers a sumptuous evergreen subtropical vegetation comprising fern meadows, lauraceae forests and heather shrubs that convey the feeling of walking through an emerald green tunnel.
With all the fascination for the Levada paths it should not be forgotten that the volcano island also is a fabulous territory for mountaineers. The nearly 1900m high central massive holds routes for all demands. Very alpine is the triple summit tour from the Arieiro over the Torres to the Pico Ruivo. The stretch, which has been spectacularly chiselled into the rock, can justifiably be considered the tour of kings. Next to various shepherd paths and adventurous coastal ascents there are so-called »veredas«, i.e. old paths linking villages, which used to be the sole access to remote locations until a few decades ago only, crossing valleys deep and mountains high. A typical feature are the rounded steps of the paved paths -lovingly called »ox hoof plaster« by local Madeirans.